Sunset Lakefront Home On The Market!

This is a superior waterfront residence in Sunset Falls located in Miramar. This is the largest model home in the whole entire development! This gem sits majestically in front of a gorgeous lake. The seven bedroom and five bathroom home is laid out generously over almost four thousand and seven hundred feet of perfectly appointed living space. The over sized gourmet chef's eat in kitchen is equipped with a full suite of stainless steel appliances, custom high end wooden cabinetry, sleek granite counter tops, and a walk in pantry. The gorgeous architectural details feature hand crafted wood and iron banister, crown molding, covered lanai, breezy balcony, and spectacular views from the master suite. The backyard oasis borders the shimmering lake and has a meticulously tropical landscaped mature fruit trees and foliage. This house has a rare sense of privacy with the mature landscaping. 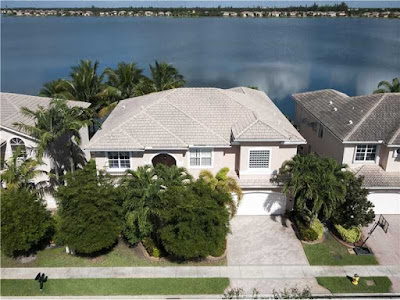 Residents of Sunset Falls have plenty of amenities to enjoy. There is a state of the art fitness center. A sparkling community pool overlooking the lake. The neighborhood is gated and has a manned entry. The tennis courts are a perfect way to showcase your competitive edge. This is in a great school district!
Posted by Distinct Estates Copy at 11:36 AM No comments:

The pristine direct Intracoastal Point home in Bermuda Riviera located in sun drenched city of Fort Lauderdale is a must see. This home boasts one hundred and seventy eight  feet of waterfront. You can actually dock a mega yacht in this deep water area. This is the ultimate luxury South Florida lifestyle. This three bedroom, two full bathroom and one half bathroom home is generously laid out over two thousand and four hundred square feet of perfectly appointed living space. The chef's gourmet kitchen features sleek granite counter tops, a full suite of designer stainless steel appliances, and custom wooden cabinetry. All the glass windows and doors throughout the home are high impact. The sparkling pool and relaxing spa are overlooking the scenic water vista. This corner lot home has an open floor plan for a open airy feel and tons of natural lighting. You can view wide open water from almost every room in the home. 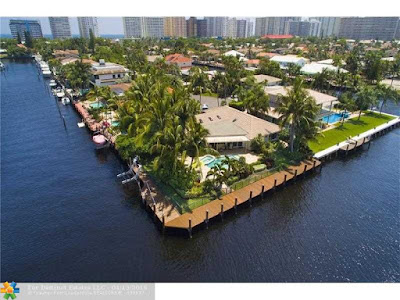 Fort Lauderdale is known for their world class dining, nightlife, entertainment and shopping at nearby Los Olas Riverfront, Galleria Shopping Center, and the Broward Performing Arts Center. The Fort Lauderdale airport is just a short drive from this residence.

Posted by Distinct Estates Copy at 1:05 PM No comments: 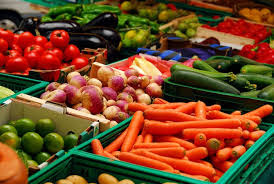 The Pompano Beach Green Market is presented by the Pompano Beach Historical Society in partnership with the Pompano Beach Community Redevelopment Agency (CRA). We are committed to providing the community with the best and freshest fruits and vegetables, juices, baked goods, seafood and other food items, as well as orchids, plants, and health-related products and services. Visitors will also find hand-made crafts, art and culinary products at the Market. Over the course of the Green Market season, a variety of special activities and events will be held, including antique car shows, nutritional workshop and holiday celebrations, among others. Plus, come to the Green Market and enjoy live music performances.

The Wilton Manors Green Market is held every Wednesday from 2:00pm to 7:00pm and Sunday from 8:00am to 2:00pm. The Green Market is open to the public and includes a variety of vendors from fresh fruits and vegetables, locally grown honey, baked goods, jams and jellies, etc. Vendors vary from week to week. To become a vendor of the Green Market, please contact the Leisure Services Department.

Posted by Distinct Estates Copy at 1:38 PM No comments:

Waterfront Home In Dania For Sale

This beautiful home on the water front in Dania's envious section of Avon Heights is awaiting your arrival. This is the perfect home for the avid boater with the convenience of parking your boat directly behind your house. There is quick and easy access to the ocean for enjoyment of beautiful sunrises and bountiful fishing. After your long day of fishing for the evenings fresh seafood dinner you can relax in your own private sparkling swimming pool that overlooks the glistening water of the intracoastal. This home was newly renovated. The chef's dream kitchen features  a full suite of stainless steel appliances, custom solid wood cabinetry and smooth granite counter tops. All of the windows and doors are high impact glass. The unique driveway is stamped concrete. The roof was recently replaced. The water heater and air conditioning unit have newer models. With three bedrooms, two full bathrooms and one half bathroom generously laid out over one thousand five hundred square feet of perfectly appointed living space, this home is move in ready! 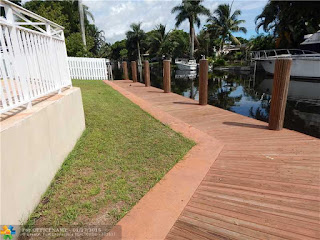 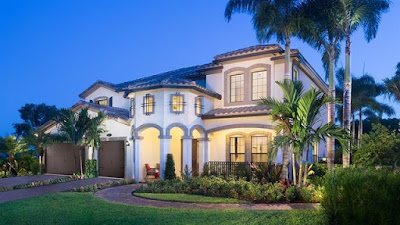 An small and comfy gated neighborhood of only twenty nine luxury one and two-story single-family homes in a central Broward location. Private gated community of only 29 home sites. Located in the heart of sun soaked Broward County close to shopping, dining and schools. Innovative one and two story plans with luxurious included features and a unique selection of design options. With only twenty nine home sites, is a private, gated community situated in the heart of Broward County with a enviable Copper City address. This neighborhood offers four and five bedroom single family homes with living spaces ranging from three thousand two hundred to over four thousand square feet, complete with tree-lined streets and a sparkling community lake. One of the most exciting benefits of purchasing a new home is the ability to personalize it to fit your own personal style.Work side-by-side with our experienced design experts to find the design and finishes that will make your new CalAtlantic home feel like an extension of yourself. Designing your CalAtlantic home is a unique experience like no other. Bring in samples or photos from magazines and online design sites such as Houzz and Pinterest, and let the team of design professionals help you choose from the myriad of design options that CalAtlantic has to offer.

.
Posted by Distinct Estates Copy at 1:33 PM No comments: 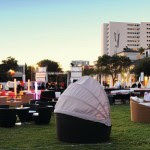 Riverwalk Fort Lauderdale, Inc. is happy to announce and host a new event coming to downtown Fort Lauderdale. The “Inaugural South Florida Chillounge Night”. Presented by the South Florida BMW Centers, this much anticipated event is finally coming to Huizenga Plaza on April 9, 2016. The most unique and fascinating outdoor lounge party with hundreds of daybeds, cabanas and lounge furnishings setting the stage for a night of entertainment including live band performances from local artists, pyro Technics, a sparkling fashion show along with a captivating daybed parade, a colorful Brazilian Samba Troupe and as showcased in “America’s Got Talent”, Chillounge Night will bring the graceful AeroSphere Arial Balloon Performance from Nock Productions to hover over the Plaza. Riverwalk Fort Lauderdale is the benefiting charity for this event.

Allington Condo For Sale In Hollywood!

This stunning Allington condo is for sale in Hollywood, Florida. This unit a direct panoramic views of the sparkling intracoastal. this is a beautiful corner unit. This two bedroom and two bathroom gem is laid out generously over one thousand four hundred square feet of perfectly appointed living space. The entire is unit has sleek ceramic tile. The two bathrooms have been completely remodeled. All the windows and sliding glass door are high impact glass. The Bosch washer and dryer is tucked neatly into modern cabinetry for ultra convenience. The over sized private corner balcony is perfect for nice gatherings to enjoy South Florida's wonderful weather. The unit come with garage parking to keep your car out of the heat. This unit can be leased the first year. Beach lovers can walk right across the street to the pristine beaches of Hollywood. You are allowed to have pets in this residence. The Hollywood boardwalk is in walking distance, restaurants, and the hip new Margaritaville resort. This is the perfect resort style living you could ever imagine! 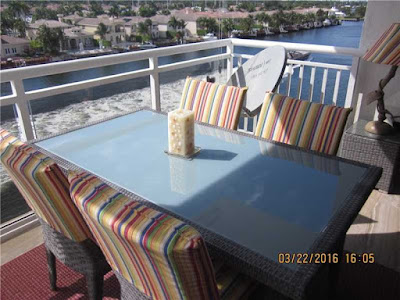 Posted by Distinct Estates Copy at 11:24 AM No comments: